On the cultural front, the Biddeford Mills Museum is in the process of building exhibit space and refining their extensive on-site tours.

Perhaps the greatest historical aspect of the mill is hidden under ground. Beneath the mill lies a network of tunnels and lagoons that once carried and controlled all of the water used to power the mill’s machinery back in the late 1800s. This was the original source of power for the mill, and the reason why the mill was developed along the Saco River falls. The lagoon (photo below) was the epicenter of water power, and controlled the distribution of power for all of the machinery at the mill. 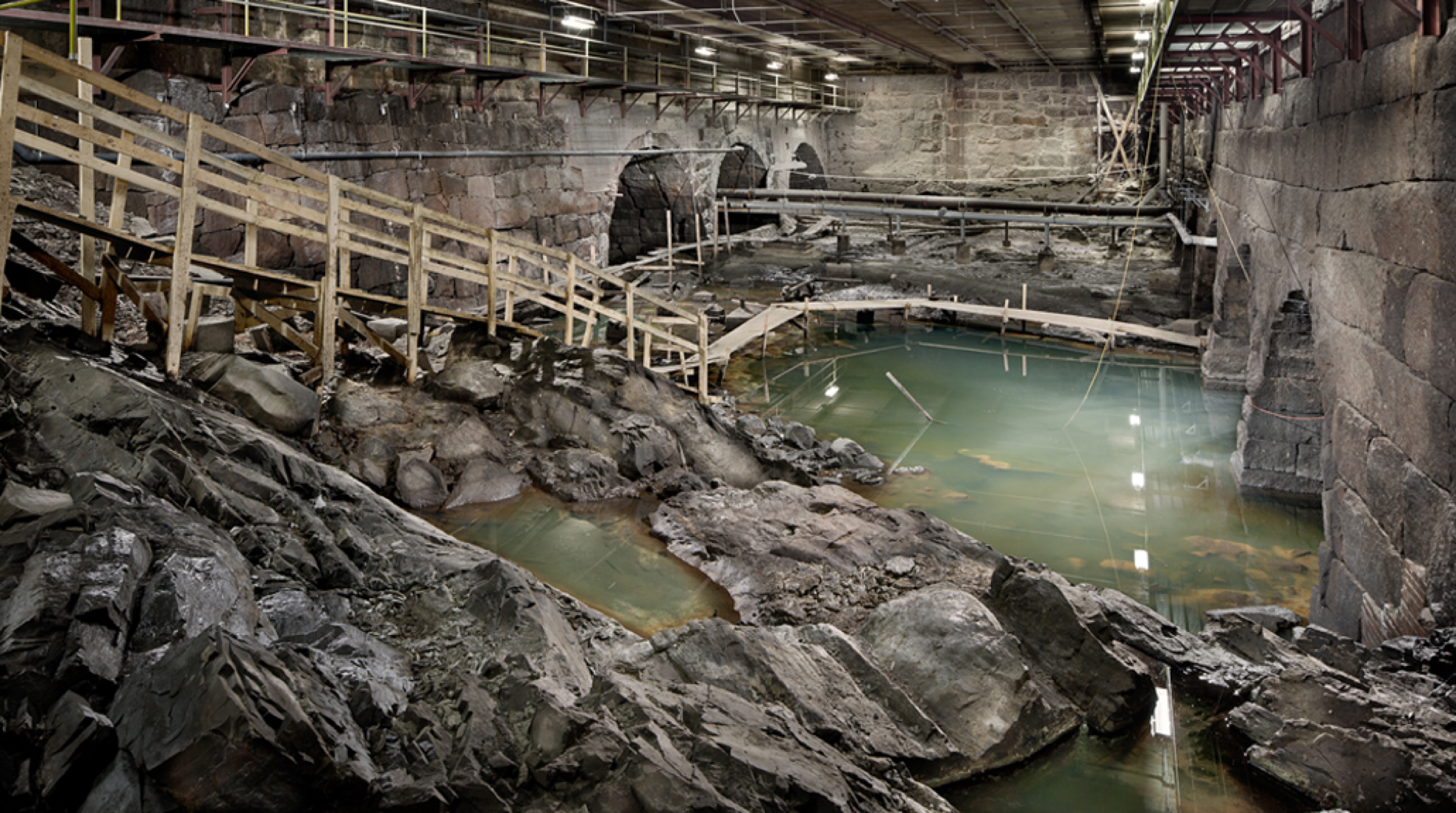 During the era of steam power, several steam engines were in service at the mill. Steam power replaced the mill’s original mode of power, river water.

This is a photo of the new timeline mural in the lobby of the Pepperell Center. The timeline follows the history of the mill from it’s inception in the early 1800s. 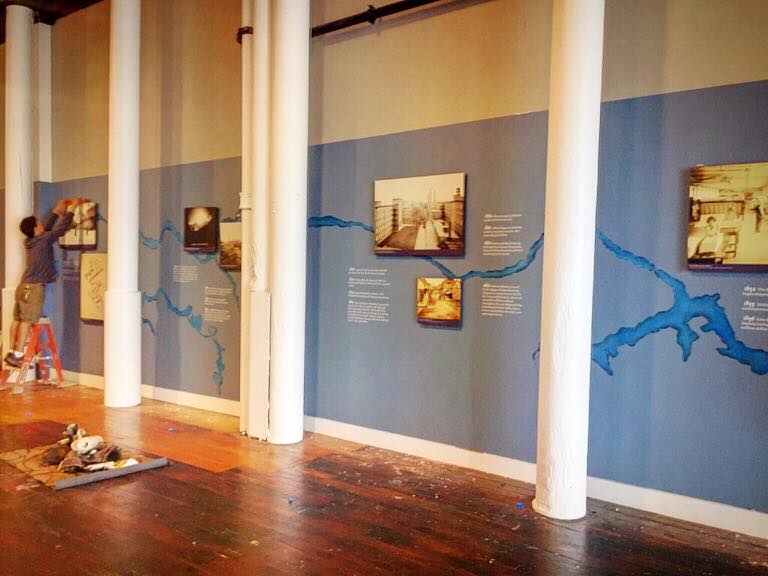 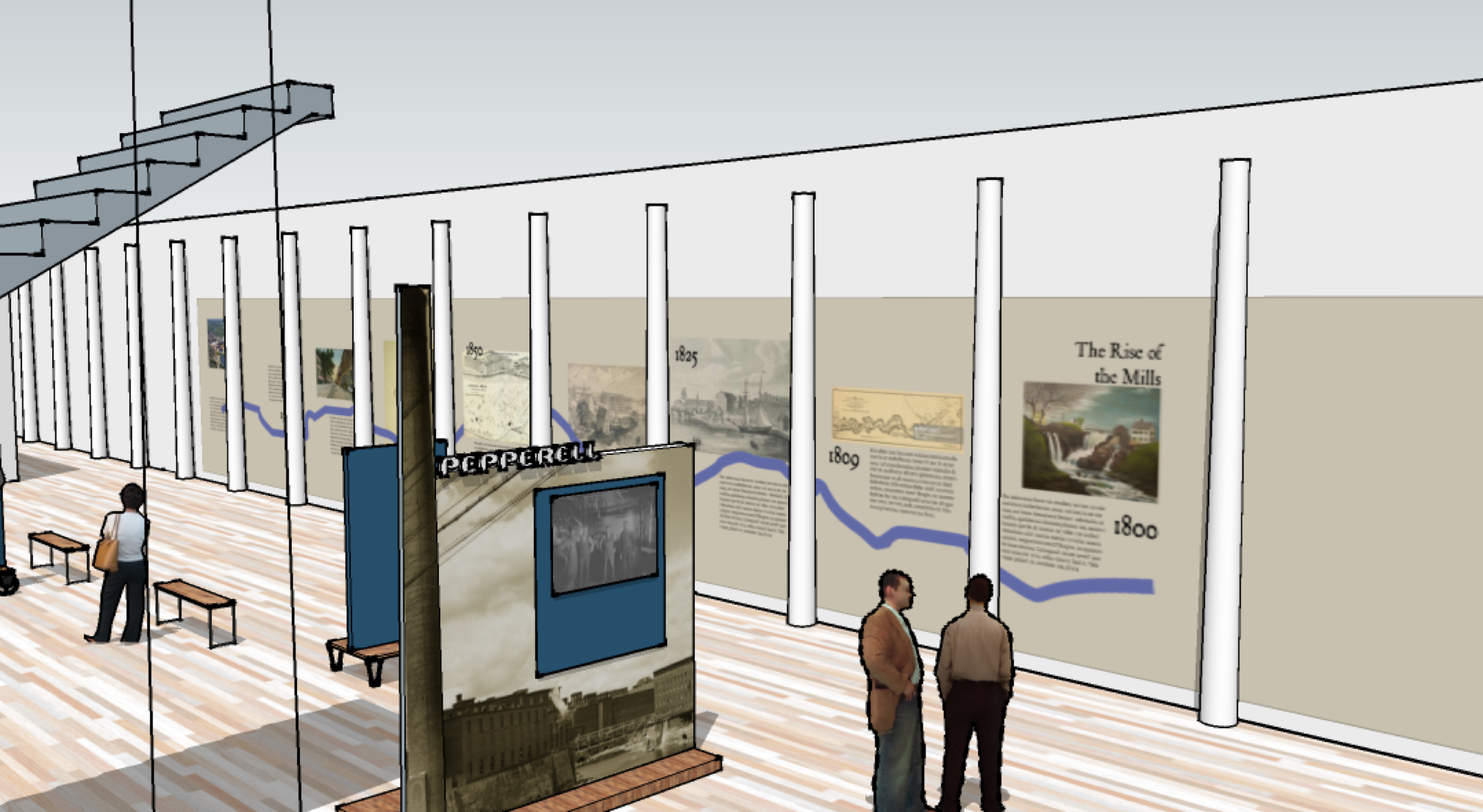 The museum is a great cultural addition to the campus. The story of Biddeford – Saco mill history is critical, as the buildings and the industrial innovations developed were at the fore front of the American Industrial Revolution.